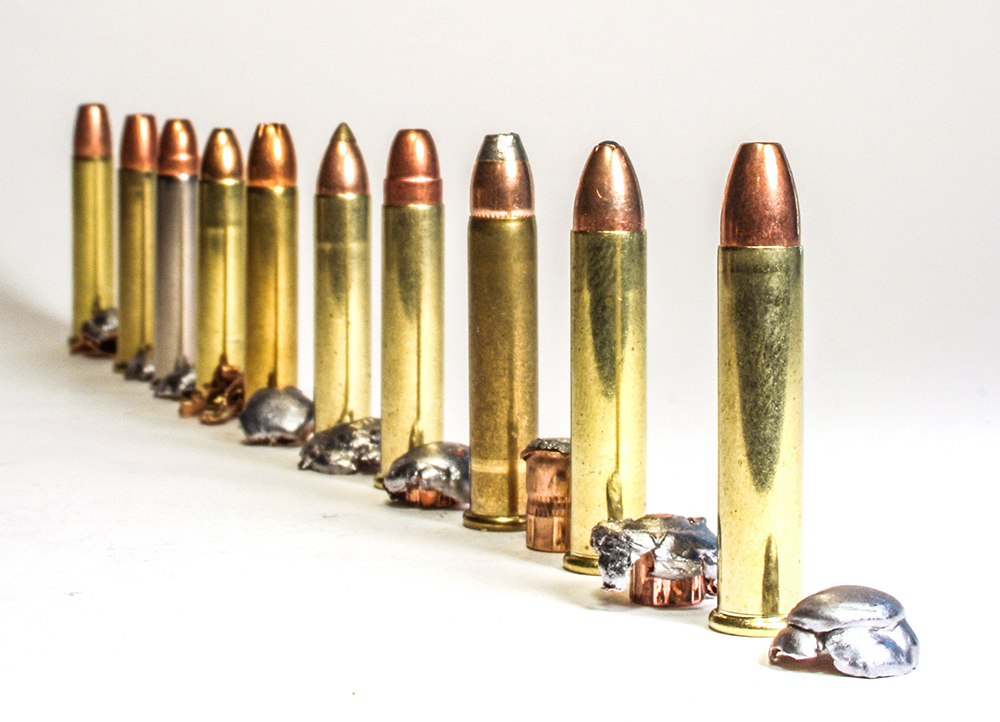 There was a time when the 22 Magnum was the darling cartridge of riflemen. All real riflemen had a 22 Magnum and used it extensively. Shortly after the dawn of the new millennium that changed; the 17 HMR was introduced and its flat trajectory and pinpoint accuracy lured many 22 Magnum aficionados away. For a while, it looked like “The Mag” was doomed to become useless. Some gun writers even predicted as much.

As shooters became more experienced with the 17 HMR they begin to learn it was not the end-all answer to rimfire power. Most lightweight 17 HMR bullets were too explosive to give deep penetration on larger critters like coyotes, and when used at close range on edible game, the results were messy at best. Ammunition manufacturers began to build better and more versatile 22 Magnum loads and in a few years the Magnum was more popular than it had ever been. The 17 HMR might have been the best thing to ever happen to the 22 Magnum.

The first gun I could truly call my own was a Marlin model 782 22 Magnum. I put thousands of rounds down range and even though the rifle’s trigger was atrocious, I killed truckloads of small game. In those days we really only had two 22 Mangum loads to choose from. One was a 40-grain hollow point and the other a 40-grain FMJ. Today there is a wide selection of 22 Magnum loads offering a wide range of terminal performance. However, there is limited data out there to help shooters make the proper choice.

After my love affair with the 17 HMR ended, I returned to the 22 Magnum and then conducted an investigation to help me categorize the available loads based on their terminal performance. If I was going to rely on a 22 Magnum as my primary rimfire utility rifle, I wanted to be able to always select the best load, based on what I was planning to shoot.

I selected ten loads with bullets weighing between 28 and 40 grains. I mixed multiple blocks of 10% ordnance gelatin and placed them at 50 yards. Using a Ruger 77/22 Mangum with a 20-inch barrel, I fired three bullets from each load into the gel blocks to obtain an average of the terminal performance they provided. Using the same rifle, I also fired three, three-shot groups at 50 yards to get an idea of the accuracy potential each load offered. I expected some variance in performance but was surprised to see just how versatile the cartridge is; penetration ranged from 4.5 to 18.5 inches.

If you ‘re using a 22 Mangum for non-edible small game like prairie dogs and gophers, the highly volatile or fragmenting bullets that penetrate about six inches or less are ideal. If you’re after larger varmints like rock chucks or ground hogs, the loads delivering bullets that penetrate between six and 12 inches should offer a good balance of penetration and tissue destruction to help anchor these beast before they make it into their holes.

For the larger predators and vermin like fox, bobcat, badger and coyote, you need penetration of at least 10 inches in order to drive the bullets into the vital cavity no matter the angle. And, for small edible game like squirrels and rabbits, any of the loads will work if shots to the head are all you take. But, we all know that sometimes we cannot make head shots and sometimes they are just not an option. For table fare, the minimally expanding 40-grain loads will destroy the least amount of meat.

In an instance where I thought I might have to use the 22 Magnum in a defensive situation, against a rabid or feral animal, or even a human, I’d opt for the most penetration possible. Granted, a 22 Magnum is not an ideal defense gun against a grizzly bear or a felon with murderous intent. That does not mean you may not find yourself in that situation. When dealing with ultra light bullets pushed at low velocities, penetration is what you want.

Considering the defensive suitability of the 22 Magnum got me to thinking about its use for that purpose in a handgun. Compact revolvers like the Ruger LCR in 22 Magnum are becoming more popular all the time. No, they cannot compare to a 38 Special but it’s a point of fact that some folks will not carry the heavier 38 and some folks are just not comfortable shooting one.

With that in mind I extended the terminal performance testing to include handguns. For this test I rounded up one of Ruger’s LCRs with a 1.8 inch barrel, a North American Arms revolver with a one inch barrel, and borrowed my son’s Ruger Single Six with a 4.6 inch barrel. I then picked seven loads and mixed some more gelatin. Three shots from each handgun, with each load was fired into the gelatin from a distance of 24 inches. (The Winchester load was only tested in the 1-inch barrel.)

Penetration ranged from a low of 7.25 inches to a high of 20.5. For the most part, as velocities increased due to barrel length, so did penetration. However, there were exceptions. The highly volatile 30 grain CCI TNT Maxi-Mag load penetrated to a shorter depth when fired form the 4.6 inch barrel than it did when fired from the one inch barrel. This was because the high velocity pushed the bullet to expand wider, thus limiting penetration. And, the purpose built defensive loads from Hornady, Speer, and Winchester performed almost identically whether fired from a 1.8 or 4.6 inch barrel.

What would be the best defensive load from a .22 Magnum handgun? Based on my testing I could find no fault with the Hornady Critical Defense, Speer Gold Dot or Winchester Defender loads. All three delivered 12 plus inches of penetration from either the 1.8 or 4.6 inch barrel. They even pushed to 10 inches out of the super-snubby, one-inch barrel. However, the old standby 40-grain FMJ and JHP loads always penetrated to 12 inches, regardless of barrel length and to 16 inches or more from the 1.8 and 4.6 inch barrels.

It’s true that the defensive 22 Mangum loads from Hornady, Speer and Winchester did show some expansion. However, given the fact the expansion was minimal and that the bullets are so small and impacting at such low velocities, I think I’d prefer the guarantee of penetration instead. Interestingly, Remington’s 33 grain Accutip load that performed so well from the rifle did reasonably well from the handguns too. It did not expand but did penetrate to a depth of 12 inches out of the one-inch barrel and to 17 inches from the 4.6 inch barrel. If I had to pick a single, all around load for the 22 Magnum – in rifles and handguns – the 33-grain Remington Accutip would again get my vote.

The 22 Magnum might be old. And, compared to the more modern 17s, it might be slow. However it is far from obsolete and offers a wide range of terminal performance, allowing you to perfectly match your load to the job at hand. I’ll for sure always have a .22 Magnum. It’s just too good of a cartridge not to have around.

NOTE: This article was originally published in 2015. Though it is a bit dated and does not include some of the most modern 22 Magnum loads, the information is still valid.