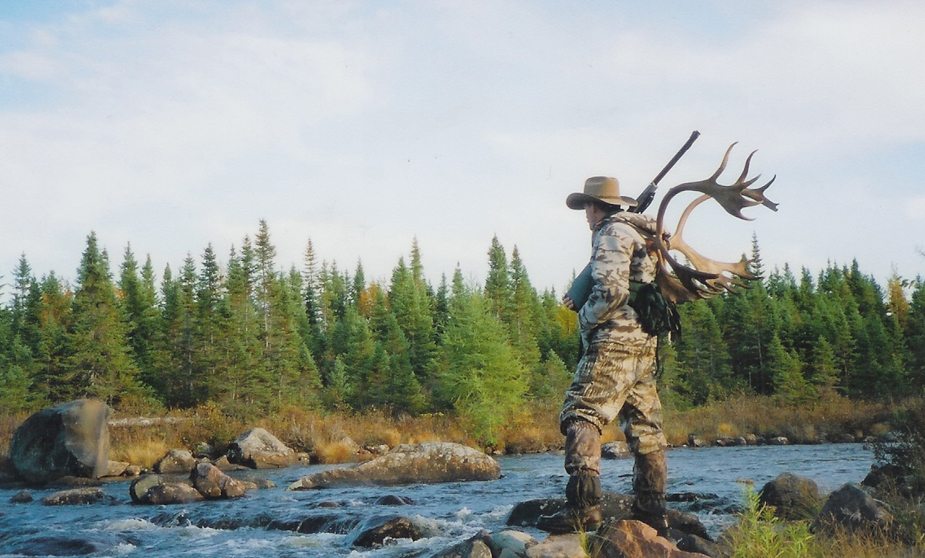 Almost 20 years ago I received a call from an editor asking me to go to Newfoundland to hunt woodland caribou with a muzzleloader. This was to be my first hunting/writing assignment outside the United States, and I was excited. At the same time, I was a bit worried, caribou hunting stories seemed to be in every magazine you picked up back then and I wondered how I would make mine better than the rest.

On the ground in Newfoundland with Mount Peyton Outfitters, I met some of the nicest folks I’ve ever shared a hunting camp with. Newfies are really nothing more than misplaced hillbillies; we got along splendidly. I guess that’s not a surprise since the Appalachian Mountain Range extends all the way to Newfoundland.

As it turned out, I did not have to embellish the hunt at all to get a good story. After watching two majestic bulls fight for about 20 minutes, my guide and I made a stalk. At about 170 yards I put a bullet through the bull’s liver, and he ran off about 70 yards and fell over. When we approached the bull, I assume, he assumed, we were the bull he had been fighting. When we were within about 20 feet he jumped to his feet and charged us. With one hand I shoved the muzzleloader at the bull and yanked the trigger. The bullet broke his neck and he fell to the tundra only two steps away from goring me with his Boone & Crocket rack.

I spent the next four days with another hunter experiencing the fantastic wilderness that is Newfoundland. We saw hordes of caribou, moose, I even fed a wild fox one of my sandwiches by hand, and ate wild blue berries until I was sick of them. When I left Newfoundland, I vowed to one day go back and attempt the Newfoundland Grand Slam—caribou, moose, and bear, all on the same hunt.

It took a while for that to happen. In fact, it was four more hunts with Mount Peyton Outfitters before I got to attempt the Grand Slam. But two years ago, it all came together. Like with my first trip, on the first day I took a magnificent woodland caribou. Then for the next three days we hunted moose. We were struggling, but one day at lunch a bull made a mistake and stepped out across the lake at the lodge.

No, this moose was not the slabber that hunters dream of but Newfoundland is not know for bulls with mega antlers. They are there, and I’ve seen them. But admittedly, I was more interested in moose meat than I was moose antlers. It does not take much of this excellent meat to fill a freezer.

All that was left was the bear. Newfoundland is covered up with black bears but after five trips there I’d yet to see one. Of course, I was hunting in the fall and at that time of year bear are considered incidental to the hunt; springtime is when Newfoundland bear hunting is exceptional. But it happened. On the third day of watching a bait site a 355-pound boar stepped out.

Newfoundland is without question one of the most overlooked hunting destinations on the planet. And, Mount Peyton Outfitters, with their fantastic lodge and the good folks who work there, is one of the top three outfitters I’ve hunted with anywhere in the world. Someday I hope to go back. I doubt I’ll be able to top the Newfoundland Grand Slam, but spending a week in this magnificent country, with good guides and great people, is actually the best part. And, well, that’s how it should be.

I talked with Don Tremblett from Mount Peyton Outfitters yesterday. They have moose hunts still available this fall for $4500 including license and taxes, and you can add a bear tag for only $500 more. If you go, I’ll be jealous, and I’ll be at home, listening to Bob Dylan’s, Girl from the North Country, and wishing I was back at my Newfoundland paradise.