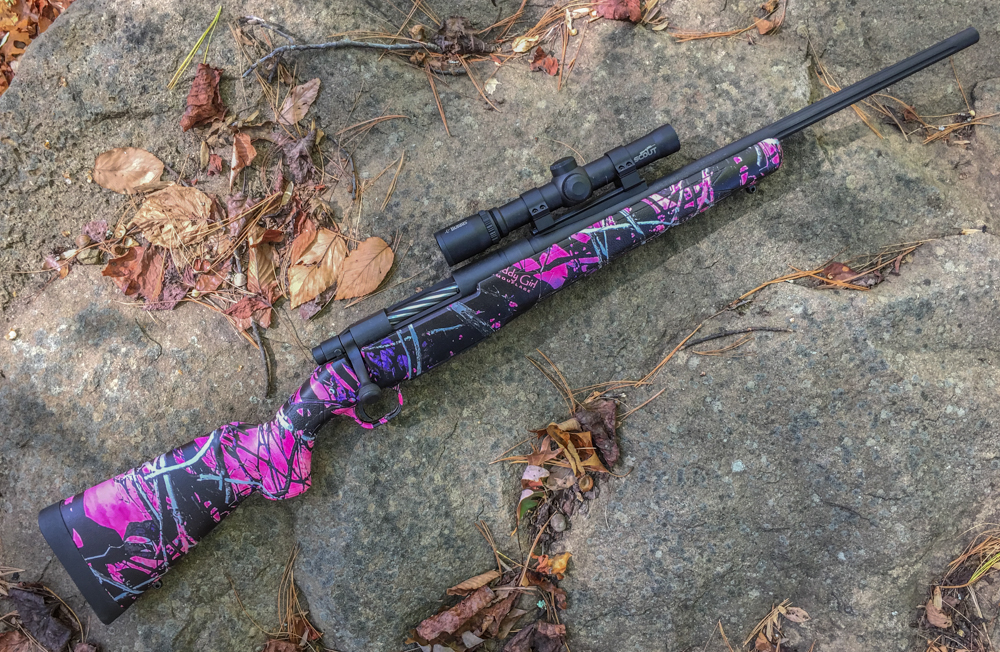 This is the second in a series of articles concerning the Scout Rifle. It could be considered an addendum to my book, The Scout Rifle Study.

The Problem with the term/name, Scout Rifle

Maybe the largest problem Cooper created was with the name he chose to give his concept rife. He intended it for a scout, so he called it a “scout rifle.” Incidentally, Burnham, who Cooper envisioned as the ideal man for his gun, was the inspiration for Baden Powell’s creation of the Boy Scouts. The Boy Scouts, at least up until recently when they became boy and girl Scouts – and then went bankrupt – set a high standard for the term “scout.” A standard that was respected.

Similarly, the term “scout” is used to describe all manner of respected outdoor, hunting, survival, and military icons. We’re talking men like Burnham, Crockett, Boone, Wetzel, Hickock, and even the fictional Natty Bummpo, also known as Hawkeye from Cooper’s – another Cooper’s – Leatherstocking tales. We’re talking about men like Captain Chris “Schulie” Schollenberg, and members of the famous and highly decorated Alamo Scouts in WW II, who by the way never lost a man! More recently the term describes Scout Snipers like Chris Kyle or thousands of American military men that have been bestowed the 19D MOS.

By any stretch of the imagination, a weapon sharing its name with men of this caliber will be something that men – of the same and lesser caliber – will want. A rifle identified as a “scout rifle” has immense appeal if in nothing but name alone; it almost carries a hero-like aura. Today it can be used to describe anything from a rifle similar to what cooper envisioned, to a rifle specifically set up for combat action, to even a rifle for a young man to learn with or use. Maybe more than anything, the term “scout” when now applied to a rifle means a rifle that is damned useful when a useful rifle is really needed.

In one way, the name was perfect for Cooper’s concept weapon, and in another it was terrible. As an example, when Melvin Forbes created his magical less than five-pound bolt action rifle and presented it to potential investors, they demanded the company be called “Ultra Light Arms.” Melvin wisely disagreed, but money talks and Ultra Light Arms was born. The problem was that his rifle inspired a plethora of copycats, all known as “ultra light arms,” like some beers and even cigarettes were also known. Much like with Cooper’s Scout Rifle, the rifles of Ultra Light Arms – now New Ultra Light Arms – inspired a genre of similar guns that would carry the description. Thus, in the end, these guns marginalized the rifle/concept that started the genre.

By Cooper naming his concept rifle a Scout Rifle, it opened up the interpretation of the weapon system to legitimate real-deal, mondern-day scouts all over the world. And, while they all might have similar general-purpose rifle needs, they all also have very specific needs that need to be addressed such as suppressors, high capacity, more power, less power, and subsonic performance. (A modern day 19D US Army cavalry scout does not need the rifle Cooper identified as a Scout Rifle, he needs something different.) Had Cooper simply called his concept rifle something else, like maybe the Cooper Rifle, today we would not find ourselves involved in so many arguments over what is and is not a Scout Rifle and what a Scout Rifle should and should not be. The way it is now, the term “scout rifle” could legitimately be used to describe rifles used by real scouts, as opposed to illegitimate wannabes. But, because Cooper coined the term and set the definition, all these so-called “scout rifles” are measured against his “concept,” with arguments to support their differences.

This desire to belong to the Scout Rifle club also incentives shooters to attempt to make a Scout Rifle out of the rifles they already have or like. It’s not uncommon for someone to mount a scout scope on an M1A and call the resulting 10 pound rifle a Scout Rifle. They’ll also Jenny Craig an AR10, throw on a red dot sight, and proclaim it a Scout Rifle as well. Others just take a lightweight bolt-action rifle that’s well-configured for general purpose use and say, “This is my Scout Rifle.” All of this is perfectly legal and within their right, but it is also outside Cooper’s definition and intent. These rifles are either too heavy, unwieldy, have a barrel that’s too short, are ballistically substandard, or otherwise incompatible with Cooper’s intent in one way or the other.

If Cooper has used a different – less cool – name, none of this would be happening. Essentially, all this Scout Rifle bickering can be broken down to the simple explanation that the term “scout rifle” sounds really neat and desirable, and represents skill set that is respected by outdoorsmen and soldiers, who desire a rifle that reflects their trade and mindset. If Cooper had named, it the “Cooper Rifle” all but a handful of folks would really care if their rifle met his definition or not. (I’ll wager most who own a so-called “scout rifle” have no idea who Jeff Cooper was.) If someone is hunting deer and is armed with a rifle, they have a deer rifle, if someone is operating as a scout and is armed with a rifle, then that rifle is a scout rifle, regardless of any definition.

Cooper, calling his rifle a “Scout Rifle” was a great, and at the same time, terrible idea, and about as practical as declaring one woman as the “perfect woman.” As any resulting discussion would reveal, that woman would have many different names…and measurements! Some like blondes, some like red heads, some like good looks, some like good cooks…perfect for one is not perfect for everyone.

In Part 3 of this series, we will continue by examining the problems with this thing called a Scout Rifle.