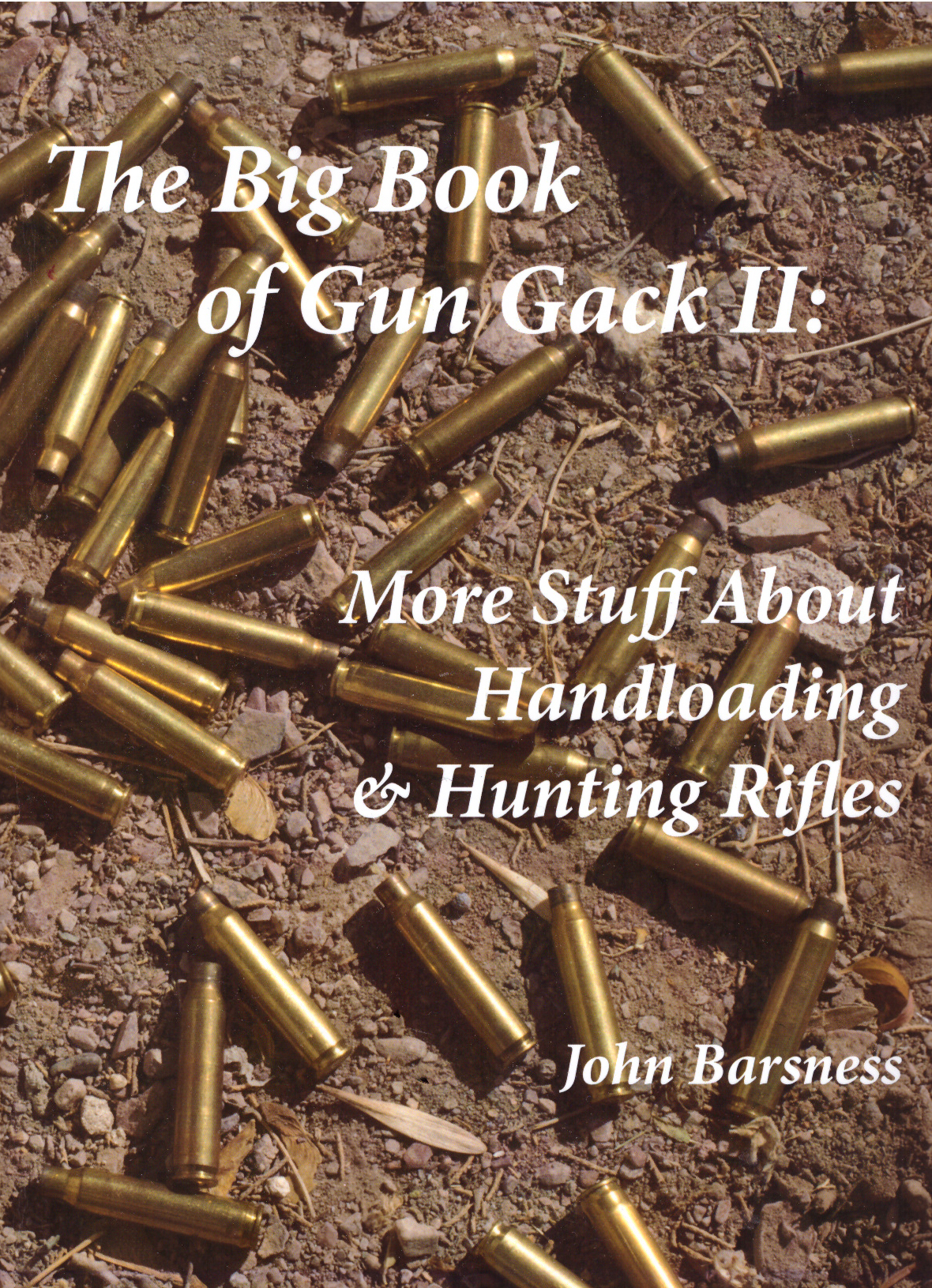 Back before Wal-Mart and big box sporting good stores ran the little guy out of business, you could walk into a real gun shop and become educated. Often there was no one behind the counter; you’d find several gents huddled around the wood stove pontificating on things like growing green beans and politics, but mostly on guns. If not there, they’d be sitt’n at the window, watching the pretty girls go by. But they’d still be talking about vegetables, liars, and shooting stuff.

Those old gun shops were where folks shared knowledge. Knowledge maybe useless to many, but damned appreciated by rifle loonies. You could spend hours there; long enough to be late for things you didn’t really want to be on time for anyway. With the absence of these retreats, those conversations have moved to Internet chat rooms and message boards. But, you should treat the information you get there with the same trust you give to see-through scope mounts.

If you’re desperate to become educated beyond your intelligence with regard to sporting rifles, there’s still a reliable option. John Barsness’ new book, The Big Book of Gun Gack II, is chocked full of information, delivered in an entertaining, easy to read manner, that will make you feel like you’re sitting by a wood stove – or a window – with several old rifle hands.

The book contains a lot about handloading. Technical stuff like case trimming, neck turning, pulling bullets, reduced loads, annealing brass, and improved cartridges. But there’s also lots of generalized information on various types of sporting rifles, with essays on accurizing, stock materials, triggers, and safeties. My favorite chapter deals with that often debated subject of killing power, where John writes, “Eventually I gradually (and grudgingly) came to the conclusion that bullet placement is by far the most important factor in killing power, with the specific bullet second, and the cartridge far behind in third.” (I learned a long time ago to never trust a gun writer or gun expertwho claimed a certain cartridge superior to all others when it came to killing stuff.)

Early in my writing career, Barsness was big influence. I liked how he could meld amusement into an instructive article on a topic as dry as teenage boy’s mouth right before his first kiss. His writing flows with the easiness of a lesson from grandpa, but educates like a lecture from a trusted professor. This comes naturally to John, partly because he’s educated, but also partly because he lives the life of a rifle loony. Shooting, handloading, hunting, and tinkering with guns are notJohn’s hobbies; they’re the only damn things he does. If he writes it, you can trust it, because he’s learned it, the hard way.

Barsness also took me on my first western big game hunt. I flew to Montana and we spent our first day loading ammo in his garage, and then testing it on the range. We then headed into the high country, found a bear, and killed it, with the ammo we’d loaded. We’ve hunted in Montana, West Virginia, Texas, Ireland, and New Zealand together. I’ve listened, I’ve learned, and I’m a better writer, shooter, and hunter because I paid attention.

Barsness is not the reason I became a gun writer, but he for sure helped with the craft. He’s one of my favorites around the campfire because he’s full of gun gack, enjoys sharing it, and knows how to tell a story. And, if you’re a guy like me, you can never get enough gun gack. John’s new book has 400 pages of it. If that’s not enough, get his first Gun Gack book too. Read ‘em both and you’ll be busting with knowledge and desperately seeking an old gun shop – or some younger-than-you rifle loony – so you can share it all.

Order your copy of The Big Book of Gun Gack II, and other great books by John Barsness and his wife Eileen Clarke HERE