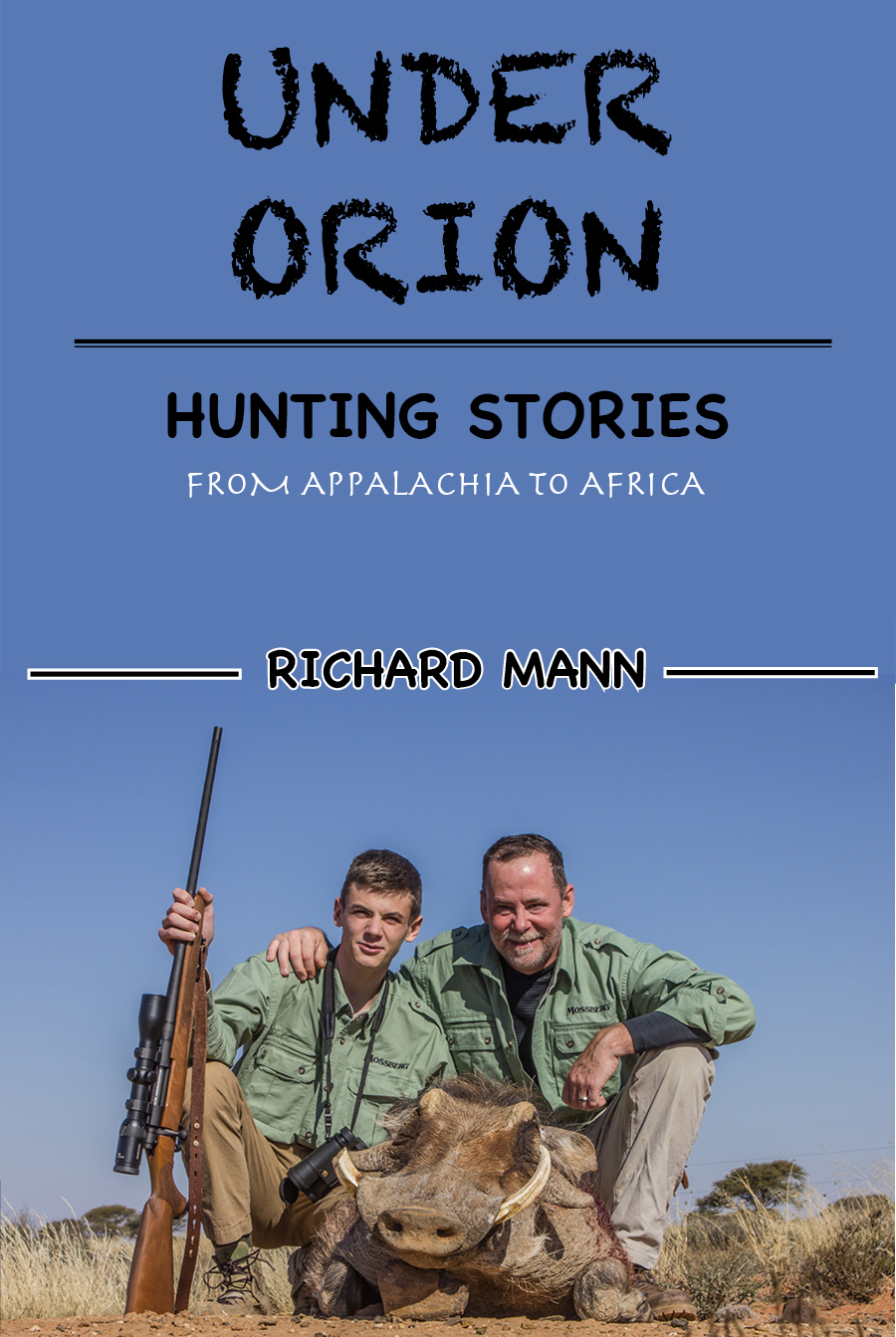 “Under Orion confirms the most treasured things we bring home from the field are measured not in pounds or inches, but instead by moments forever lodged in our memories. Here are one man’s trophies from a lifetime of hunting, richly recounted in stories that stir you to reflect on your own experiences outdoors and encourage you to gather more.”

“Under Orion is a series of short stories by Richard Mann that cover a wide range of hunts throughout Mann’s life. They include his early childhood coon hunting days with his father to his African adventures hunting kudu with his son. The stories are engaging, entertaining, well written and more importantly leave you wanting more. They each stand on their own, without ever being repetitive and are often humorous, like Richard’s fight with a Bobcat on the bank of a river. The stories come across as honest, humble accounts and convey the primal essence of what it is to be a hunter. It’s also inspiring how vividly, Mann sets the scenery of a hunt with few words. Overall, it’s great read even for the hunter and non-hunter. You’ll find yourself checking your shoes for dirt and wondering where the smell of the campfire smoke is coming from.”

Read an excerpt from Under Orion

Small patches of fog drifted above the treetops like lost spirits. Sunrise was an hour gone but the morning was cool and overcast. The world seemed dim and for hunting, he was late. Robert stepped from the car with his coffee. Ignored during the drive, the coffee was cold. He poured it out and tossed the cup in the vehicle. Taking the hunting vest from the back seat he slid it over his shoulders. 16 gauge shot-shells rattled in the pockets. It had the aroma of must but there was another smell, one he remembered.