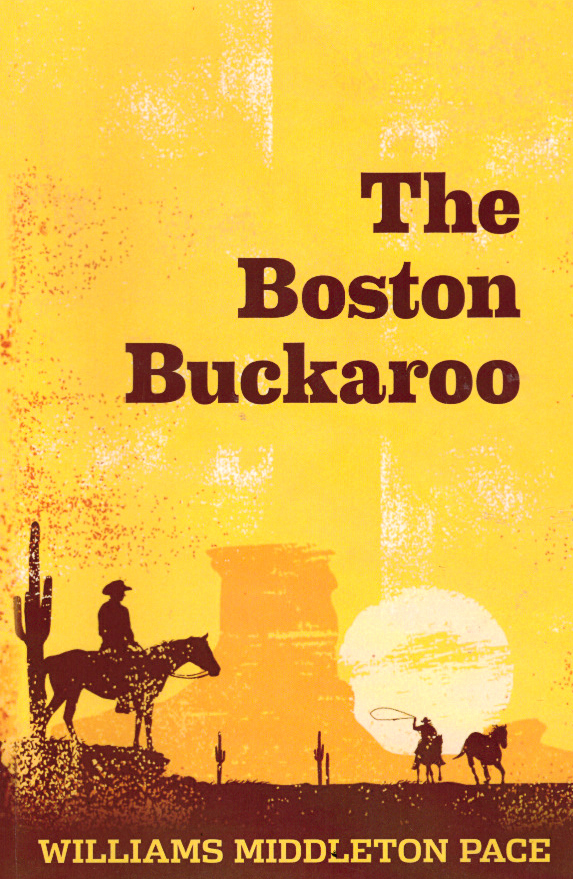 Years ago I met a lady – one of the finest ladies I’ve every met – in Texas. Her name is Berit Aagaard. After she soundly out-shot some fellows, we visited for a while and she introduced me to a gentleman – one of the finest men of any character I’ve every met. His name is Bill Pace. Over the years we visited in Texas and West Virginia, and became fast friends. Its been a while since I’ve seen Berit or Bill, and I miss them deeply.

But that’s not the point of this post. What I want to tell you about is a book written by Bill Pace. It’s called, The Boston Buckaroo. Bill sent me a copy of this book right before I went to Africa for a month back in June. I spent about 15 to 20 minutes each night reading it. Admittedly – and with apologies to Bill – I did not expect all that much. However, I was pleasantly surprised. It is an excellent story, well told, with soundly developed characters. I’d like to think I could one day write a novel; I doubt I could do it as well as my friend Bill has done.

If you know someone who likes to read tales of the old west. The Best Buckaroo is a great and affordable book to send them this Christmas. In fact, I’d get two copies if I were you; you’ll want one for yourself. It’s only $9.99 at Amazon.

Bill – Williams Middleton Pace – grew up in Florida, Georgia, and South Carolina, but “Got to Texas as soon as he could.” An avid outdoorsman, Bill has hunted three continents. He as also a platoon sergeant in the Philippines. A consummate shooter and gun rights advocate, he has served on the NRA Board of Directors. And, he won a national championship in Black Powder Cartridge Silhouette for shooters over 70. Years back, a hunt was “rained out,” so Bill read all the books in the camp and then resolved to write his own.

Bill, like with everything else he has attempted in his life, has done a fantastic job with The Boston Buckaroo. If we are fortunate, he’ll soon write another book. If I’m fortunate he’ll hand deliver my copy, and as I sit by the fire Bill and Berit can tell me more of the good stories they always have to share.