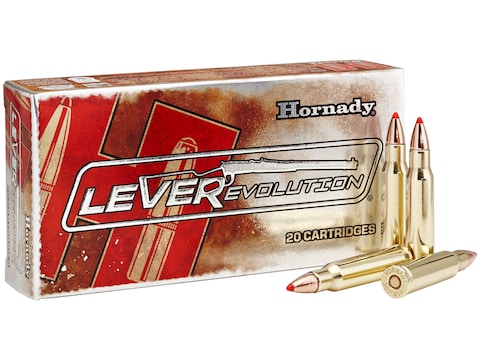 In 1983 I purchased the first Winchester 94AE in 307 Winchester that I laid eyes on. It was a fantastic little rifle that fired a very powerful – by lever-action standards – cartridge. I hunted with that rifle for several years until the newness of the cartridge started to wain in popularity and ammunition became hard to find.

About that time, my best friend and cousin Johnny Walker, who now runs the Baptist Mission on Kodiak, Alaska, and I were looking for a well-trained coon hound to use as a sire and to help us train pups. We ended up finding a direct descendant of the world-famous Hickory Nut Harry, and Johnny put up the cash and I put up the 307.

It turned out to be a fantastic trade; that hound was a magician in the woods, and we treed a lot of coons and raised some pups from him. Of course, like every coon hound, he had his faults but when that dog was on, he was one of the best dogs I’ve seen in the timber.

The dog has long been gone and when Hornady introduced a new factory load for the 307 Winchester a few years back I got a hankering for one again. I found a clean, used 94AE and picked up a couple cases of ammunition. I come to find out though that the rifle had a problem; it did not like to let the cartridges slip out of the magazine tube. I took it to Jerry Dove at Dove’s Custom Guns for repair, and due to his workload and several other projects he and I have been working on, the rifle kind of got lost in the mix.

I visited Jerry today to drop off his Christmas present and we dug the old rifle out and decided it was time to get ‘er done. Jerry will sort out the feeding issues and with a set of XS Sights, that rifle will become my winter project. My plan is to not only become proficient with the carbine but to develop several handloads for it. I should be able to run a 150-grian bullet to about 2600 fps.

I’ll post about the progress but I’m pretty excited about the project. Maybe, if we’re fortunate, with Ruger’s acquisition of Marlin they’ll see fit to offer this cartridge in a new Ruglin rifle.